The band plays “good time” live music – the songs that inspire, evoke memories, and create the best parties in town. One minute they are belting out hard-hitting rock classics – the next it’s a folk cover of your favourite 90’s R&B sing-along. Combining Josh’s breath taking vocals, Sam’s energetic hard hitting drumming and Shane’s virtuoso guitar licks, their set is guaranteed to have you singing and dancing.

Please explore the site to find photos, as well as how to contact them for private event requests like weddings and corporate functions as well as music requirements for film use.

Neverland Nights was born in the Winter of 2014

After being introduced via mutual friends in 2014, previous Neverland Nights member and co-founder Lachlan Hol (guitar, vocals, and piano) and Josh Bailey (vocals, guitarist) burst onto the Whistler live music scene at Garfinkel’s Monday Night Live, and from then on their fan base has continued to grow. They’ve spent the last 2 years playing five to seven gigs a week developing their own style and unique brand of covers.

Through the support of an extremely devoted fan base, the help of multiple venues and the team at Gibbons Whistler, Neverland Nights has been able to continue doing what they love – putting on awesome shows and having a damn good time while doing it.

Born and raised in the northern suburbs of Melbourne, Australia, Josh completed his VCE at Strathmore Secondary College before heading onto the John Martin Cass Academy in South Melbourne to study Sound and Music Business.

While studying at JMC, Josh played regularly on the Melbourne pub scene for multiple years in a music duo called Bosh Live.

In 2011 Josh ventured to North America traveling on a musical pilgrimage throughout the southern states of America before ending his travels in Whistler, BC.

After spending multiple years bartending and playing solo gigs around Whistler, Josh was introduced to Lachlan Hol through mutual friends in early 2014 which led to the formation of Neverland Nights.

Hailing from Perth, Western Australia, Sam found his love for music at the ripe age of 5, bashing pots and pans to his mothers records. At the age of 15 he asked for his first drum kit which his mother reluctantly agreed to. It was all over from there.

Sam played in punk bands for a few years before his musical tastes matured and branched out into a variety of different genres including reggae, hip hop, modern jazz, rock and metal to name a few. He has completed his certificate III in Music Industry Knowledge. Working 4 years in the mines it was finally time to down the tools and venture off on his first journey outside Australia, straight to Whistler, BC.

After seeing the original Neverland Nights performing at various Gibbons venues around Whistler and consistently pestering them to let him join their band, he was granted a jam session one fateful Monday and was given a chance to play live with the band later that night. The rest is history.

Born just outside of Toronto, Shane spent his early years strumming guitar every waking moment to try and play like the greats he aspired to be. After completing college, he played all over Toronto with various bands across styles including: blues, rock, jazz, and reggae.

After moving out West to take a step back from the city Shane began playing for various artists around town, eventually meeting Joshua Bailey at a locals’ night hosted by Neverland Nights. With a similar taste in musical inspirations alongside the ideal mindset that playing tunes is the key to a good life, it all clicked. Jam sessions led to gigs and Whistler got a little louder. 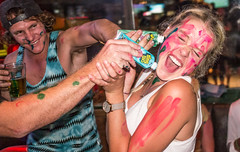 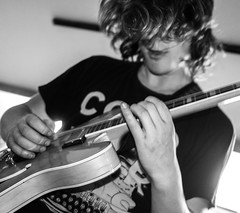 We’d love to hear from you!

You guys rock!
Great set at Taps on Sunday